However lofty the aspirations of the elevated ideology may be, they can never justify the resulting harmful aftermath. Harmful outcomes exist and must be reconciled with independent of their justifications. A conceptualization of justice which doesn’t prioritize reconciling with the resulting harm first without allowing for it to be painted over by whatever rationalizations are conjured up to justify them, is in fact not justice at all but rather its opposite masquerading as something justified while leaving the harm at the center of the issue go unaddressed. True justification should involve resolving the injustice rather than covering it up with rationalizations. That harm remains regardless of its justification and the community as a whole is inescapably eroded by the resulting fallout. Any time you accept any kind of ideological excuse for allowing harm to go unanswered for, you’re participating in the erosion of your community regardless if you are doing so actively or passively. A failure to act in the face of injustice is no different than participation therein when you consider the resulting harm. It takes a village, both to allow injustice or to suppress it. If you want to live in a society which is strong and cohesive and where the members feel welcomed and valued rather than alienated and disenfranchised, then you absolutely must consider first the needs of the few before you worry about the wants of the many. To do otherwise is to forget that the forest is made up of a great many unique individual trees who each have their own requirements and considerations which they need fufilled in order to flourish. 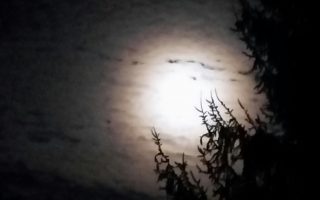 We’ve Forgotten How to Die